I'm going to try to post some interesting stats here.

Best and worst CBs of 2011 based on catch rate (Catches allowed/targets), minimum 100 targets

Does it correlate with overall rating? 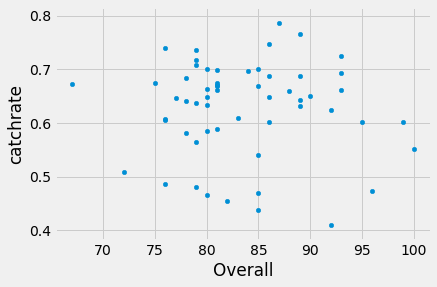 Mathis on a bargain deal by the looks of it

Man this is fantastic I can't wait to dig more into it. I knew Finnigan was a high level DB. Might have to refer back to this for some future deals. Maxwell in the top deflected category, too. This was fun. Hope we get more from the STATCENTER!
Tennessee Titans
2010 CSFL: 9-7
2011 CSFL: 13-3 (Super Bowl II Champion, MVP: V. Young)
Top

I'm sure Glover Quinn just had an off year, but it's crazy to think he's making $7 million to have 3/4 of the passes thrown his way result in completions.
DENVER BRONCOS GM 2011-Present
Top

Barber proving his worth here

Great analysis, the question is ,what happend with this numbers when Dorsey is not in the field?
Top

Should I franchised Rashean and paid him 16 millions?
Top

..
At least they had a combined 12 interceptions.
Top

Sam Williams, who recently signed with Denver, is coming off a monster season efficiency-wise. He was the only player in 2011 to have more sacks per play than Glenn Dorsey. This is likely just due to a small sample size but it is interesting to consider. Cincinnati's Tank Johnson, Philadelphia's Derrick Burgess, Miami's Ronald Fields, and Baltimore's Brandon McKinney all are other players who didn't see the field that much but all made an impact when they did.

This is based on data from the end of last season.

guess that's what happens when your two DEs are medium sized linebackers. We've fixed that issue at least.

Our starting five on the OL this year will average 346.6 as of right now
HOUSTON ROCKETS | CAROLINA PANTHERS

We are right in the middle for all categories...
Cincinnati Bengals
Top

Hi guys. Today I wasted some time and finally figured out how to mine the html for stats. With that being said, I made a ranking that is based on a teams' average pass/run per play as well as what their defense holds their opponent to. However, every game is adjusted based on how strong their opponent is. So, if you run for 5 yards per carry and your opponent runs for 4 on average, you would get a point, but if you throw for 6 yards per pass and your opponent usually holds teams to 7, you would get -1. I just added together the totals to create the ranking, but it is also possible to standartdize these based on standard deviations so being really good/bad at one thing doesn't help/hurt you as much. Here are the rankings through week 8:

Key takeaways:
Saints are far and away the best (if it isn't obvious)
Titans are a top team once accounting for their schedule.
Pretty clear top 6 at the moment with Saints, Packers, Broncos, Lions, Titans but you could argue Ravens should be in there as well.

This is obviously not an end-all-be-all or even the best way of ranking teams but I just thought it would be interesting and shed some light when we consider some teams have vastly different schedules.
DENVER BRONCOS GM 2011-Present
Top

Great job Noah! Anytime the stat puts me in first feel free to post it

Now that I think about it, this should definitely be adjusted by how many games a team has played...I will do that in a bit
DENVER BRONCOS GM 2011-Present
Top
Post Reply
35 posts