It's no secret that currently in DDSPF (and DDSCF) that injuries are all over the place. Like alot of the stuff in the league, we have the ability to edit and tweak it how it be. I recall asking previously in a stream about injuries and I believe it was taken from an old ACSM article some time ago (similar to how the first names and last names file was nearly 10 years old, hence why nobody calls their child Wm instead of Will or William in 2020).

Let's have a go at this. Here is how currently the xml file for injuries looks. 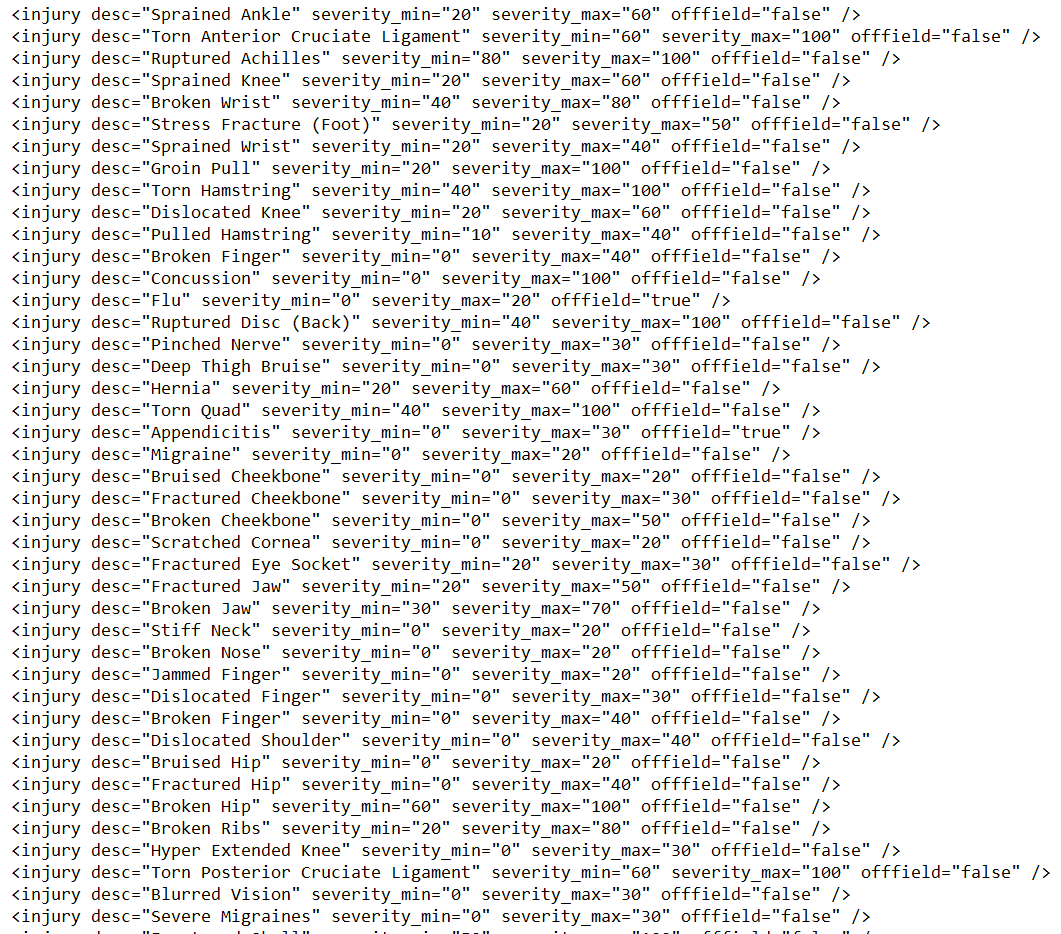 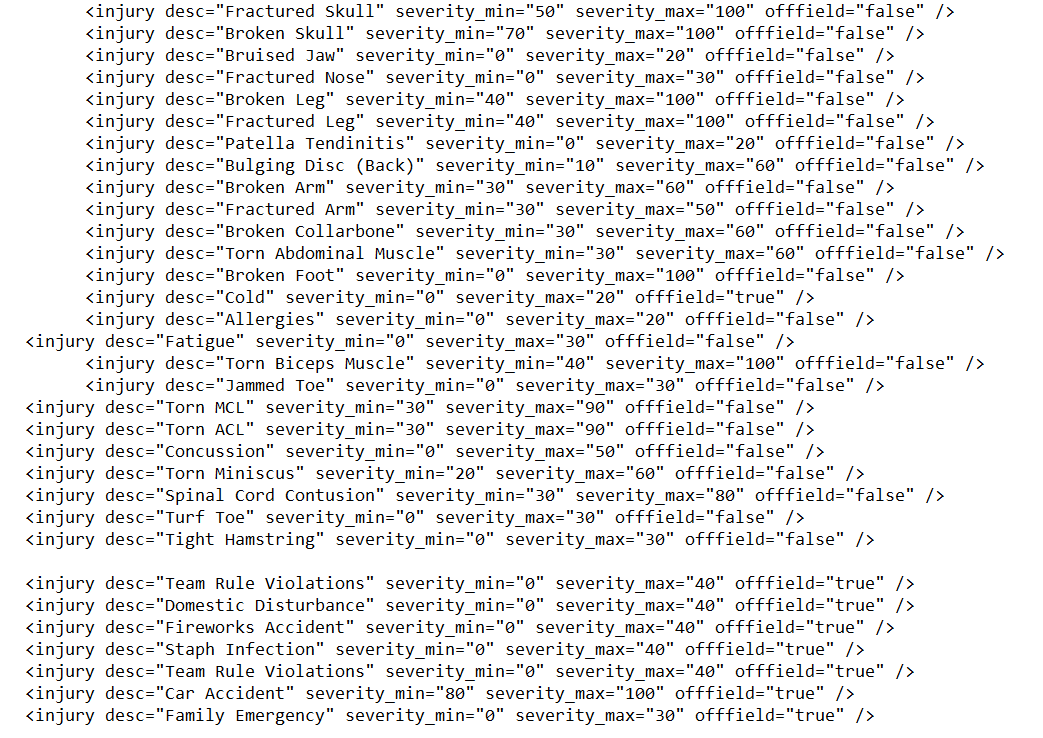 We can rename any of them, as well as change their severity ratings min and maxes. We can also edit them from being able to happen strictly on field or off field. We can also add or remove any of them. I haven't done any testing with regards to exactly how many weeks each severity would be but I don't think it would be too tough to do. I'm looking here at this (amongst other things) about stuff that might be realism breaking (like playing from a torn acl a week later to a broken skull being less severe than turf toe).

If you had the chance to edit/add/remove any of these, along with tweaking any of the ratings, what would YOU do?

Ideally there's a source or a site that tracks nfl injuries (like names/types) but I haven't been able to find one. (NFL injury data report is about as useful as their interest in preventing CTE mind you)
Top
Post Reply
1 post • Page 1 of 1